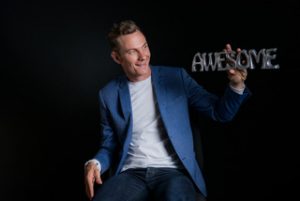 Ever since Cam Calkoen was a child he dreamed of a world where he could travel, entertain and connect. The only thing is that in been born with Cerebral Palsy he was told that his biggest challenges would be the way he walks and talks…that he’d forever be dependent on others.

Cam heard the challenges but was inspired by an opportunity-centric mindset and has gone on to represent New Zealand in sport, become a social innovator, a charitable fundraiser and a full-time, professional, inspirational speaker.

Cam has spoken throughout the world, appeared on ’The Learning Channel’ during lockdown, speaks with over 20 schools every year and for the past 8 years has been an Ambassador for Toyota New Zealand – inspiring everyday people to BELIEVE.

Brooke Neal is a former New Zealand Hockey player, retiring from the game in May 2020. She played 176 games for the Black Sticks in 9 years. She won gold at the Commonwealth Games in the Gold Coast 2018 and came 4th in the 2016 Olympic Games in Rio.

Brooke says her journey hasn’t always been an easy one, with injuries, setbacks, grief and loss being part of her career challenges. Brooke speaks about the realities of her journey, the highs and lows, and what it takes to be ‘successful’.

She is currently a mindset and well-being coach and has worked with thousands of young women through her programme ‘All About Balance’. “My hope is that I give others permission to share their struggle” 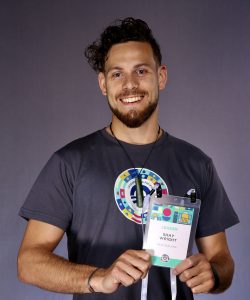 Shay is a social entrepreneur, named in the 2016 Forbes Asia 30 Under 30 list of Social Entrepreneurs. Shay grew up in the Far North on whānau land. He has helped grow a range of organisations, through entrepreneurship, education, Māori governance and community economics.

Shay initially developed the strategy for the Māori unit at The Icehouse and led the initial implementation before co-founding Te Whare Hukahuka.

His governance experience started young, as a founding trustee of the teacher recruitment organisation, Teach First NZ. He now holds advisory board appointments to the Government’s Maori Economic Development Advisory Board, the Kahui Māori for the Science for Technological Innovation National Science Challenge, and The Impact Initiative’s Sector Working Group.

Shay has been a finalist for the 2016 and 2017 Young Enterprise Alumni Award, 2017 Young NZ Innovator Award, 2017 and 2018 Matariki Young Achiever Award, 2019 Young New Zealander of the Year, and the winner of the 2019 Impact Award for Enterprise.  He is a current Edmund Hillary Fellow, Obama Foundation leader, and was recently shortlisted for the 2020 OYW Entrepreneur of the Year. 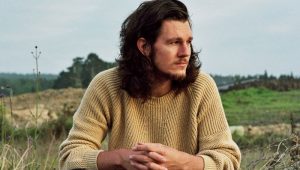 Benny Tipene hails from Palmerston North and spent time playing in bands before teaching himself to write songs while on his OE in Europe. He embarked on a life changing journey as a contestant on X-Factor, finishing in third place and becoming a fan favourite.

After X-Factor he was signed by Sony Music and released his debut single Walking on Water which achieved platinum sales. His EP Toulouse followed by debut album Bricks were nominated for Best Pop Album at the New Zealand Music Awards.

Benny has performed on many stages across Aotearoa including Rhythm and Vines, Homegrown and The Winery Tour.

In recent years Benny has enjoyed working as a Support Worker and exploring how he can incorporate his musical skills within his role supporting people with intellectual disabilities.