William Pike – Inspirational speaker and explorer (Speaking at all events) 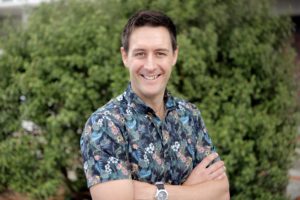 Motivational speaker William Pike inspires, motivates and wows students with his collection of remarkable stories including surviving a freak Mount Ruapehu volcanic eruption. An eruption that claimed one of his legs but left his drive to succeed and passion for adventure unscathed.

The underlying theme of William’s stories as an inspirational speaker is how critical it is to step outside of your comfort zone to overcome challenge, change and achieve extraordinary things.

In addition to being an accomplished inspirational speaker, Kiwi explorer, author, and trained teacher – William is the director of the popular schools programme the William Pike Challenge. A project based learning programme run by teachers to prepare students to step outside of their comfort zone and develop essential 21st-century skills. Nearly 100 schools are participating in the programme in 2020!

As a 2015 Young New Zealander of the year finalist, 2017 Blake Leader Award recipient, 2019 Auckland University Distinguished Alumni Award Winner and a national role model – William is a leader and an achiever who resonates passion and success without limits.

Be prepared to relive William’s fascinating journey on the edge of your seat with your students who will undoubtedly feel inspired to step outside their comfort zone to achieve and experience more than just ordinary! 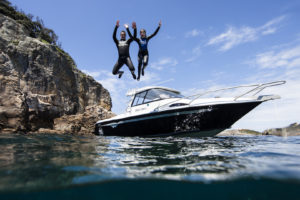 Since 2012 Steve and Riley Hathaway have been on a mission to inspire kids to love our ocean, through entertaining education and their Young Ocean Explorers programme.

At all NYLD 20 events we will hear from both Riley and Steve, with Riley speaking to NYLD students, and Steve presenting at our special Teachers Professional Development session (registrations open for this in the New Year).

ABOUT STEVE: Steve Hathaway started filming underwater professionally in 2008. Since then his footage has appeared on BBC’s Blue Planet 2 and numerous international documentaries including popular documentary ‘Blackfish’.

A 2019 BLAKE Winner Steve says, “There is nothing as powerful as a great story to captivate a child’s imagination. My mission is to inspire children to love the ocean through entertaining education to engage their innate curiosity of the natural world and science.”

ABOUT RILEY: In Year 8 her school project on turtles and plastic became the inspiration for the children’s TV series Young Ocean Explorers, where Riley goes on adventures into her dad’s world looking for the biggest, scariest and most fascinating marine creatures around NZ. Together they have created 20 episodes for the popular children’s TV series, ‘What Now’.

At 14, Riley spoke at TEDx Auckland to over 2500 people. Since then she has spoken to tens of thousands of students and teachers around NZ.

Okirano Tilaia – Voice for youth, Pasifika, the environment and organiser of  the ‘Students Uniting in Love’ vigil in Christchurch (Speaking at ALL events). 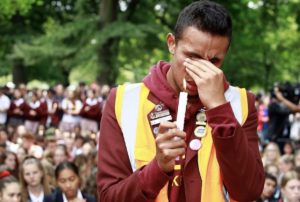 Okirano is an 18 years old Samoan from Christchurch with leadership credentials far beyond his years. As Head Boy at Cashmere High, Okirano organised the huge student vigil ‘Students Uniting in Love’ in response to the Christchurch mosque shootings.

He sits on various boards and groups including the Pacific Youth Leadership And Transformation Council, Minister Hipkins’ Youth Advisory Group, and the 2020 UC Emerging Leaders Programme, as well as being a community volunteer.

Okirano is driven by a passion for positive change and the empowerment of young people. Okirano says “…if a young person has a strong sense of belonging, they are more likely to succeed in all aspects of their lives”.